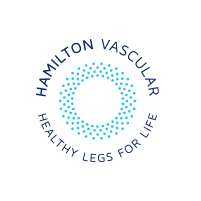 Restless leg syndrome is a mysterious condition that compels you to move your legs, especially in bed. If you’re losing sleep because you can’t keep your legs still at night, the team of highly skilled vein experts at Hamilton Vascular in Webster, Sugar Land, Round Rock, Katy, and San Antonio, Texas, can help. They have extensive experience assisting people in managing restless leg syndrome. Call the Hamilton Vascular office nearest you or book an appointment online today.

What is Restless Leg Syndrome?

Restless leg syndrome (RLS) is a condition that’s typically worse at night when you’re lying down or if you’re seated for a long time.

It makes you want to move your legs constantly, often because they feel uncomfortable. By moving them, you temporarily relieve the unpleasant feeling.

Restless leg syndrome is also known as Willis-Ekbom disease, so it may be referred to as  RLS/WED. The problem can start at any age but tends to worsen as you get older. It can keep you awake and be a continual annoyance.

RLS/WED often occurs with a condition called periodic limb movement disorder, which causes your legs to twitch and kick out when you’re asleep.

What are the Symptoms of Restless Leg Syndrome?

The sensations that cause RLS are often hard to describe. Patients use many different terms for the way their legs feel, including:

It’s not the same as having a cramp in your leg and doesn’t cause numbness. The overwhelming need to move your legs is the key symptom.

It’s not entirely apparent what causes restless leg syndrome. It could be a problem with a neurotransmitter in your brain called dopamine. Dopamine is a chemical that your brain uses to send messages that control the movement of muscles.

In general, women are more likely to have RLS than men.

How is Restless Leg Syndrome Treated?

Treating any underlying conditions, such as iron deficiency, can improve the symptoms of restless leg syndrome.

If problem veins could be affecting your legs, treating them might help, too. The team at Hamilton Vascular provides the most advanced, minimally invasive treatments for problem veins, including radiofrequency ablation, sclerotherapy, and phlebectomy.

For effective treatment of restless leg syndrome, call the Hamilton Vascular office nearest you or book an appointment online today.